Once called “the Marinetti of Japan” by David Burliuk, Hirato Renkichi produced a unique brand of Futurism from the late 1910s and early 1920s through poetry, criticism, and guerrilla performance. Contributing to the earliest productions of Japanese avant-garde poetry, his aggressive experimentation with speed, spatialization, and performability would later influence what became a lively community of Dadaist and Surrealist writers in pre-war Japan. Spiral Staircase is the forst definitve volume of Renkichi’s poems to appear in English.

His recent poems and translations have appeared or are forthcoming in VOLT, Poems by Sunday, Chicago Review, 6×6, Lana Turner, Paperbag, A Perimeter, and Asymptote.

He started writing poetry in 1912, first publishing in Banso under the guidance of Kawaji Ryuko. Although he worked at Hochi Shimbun News and Chuo Geijutsu Art Publishing, he suffered from a pulmonary disease, often failing to make ends meet for his family. He passed away on July 20, 1922 in Tokyo, at the age of 29. 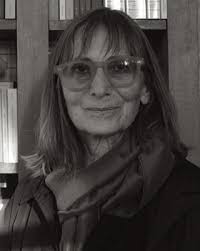 Norma Cole is a poet and translator who lives and works in the sanctuary city of San Francisco.

Born in Toronto, Canada, poet, painter & translator Norma Cole moved to France in the late 60s. Returning to Toronto in the early 70s, she migrated to San Francisco in 1977, where she has lived ever since. Her most recent books of poetry include Where Shadows Will: Selected Poems 1988—2008 (City Lights), Collective Memory (Granary Books), Do the Monkey (Zasterle), Spinoza in Her Youth(Omnidawn) and Natural Light (Libellum). TO BE AT MUSIC: Essays & Talks made its appearance in 2010 from Omnidawn Press. Her translations from the French include Danielle Collobert’s It Then (O Books), Crosscut Universe: Writing on Writing from France (Burning Deck), Danielle Collobert’s Notebooks 1956-1978 (Litmus), Fouad Gabriel Naffah’s The Spirit God and the Properties of Nitrogen (Post-Apollo) and Jean Daive’s A Woman with Several Lives (La Presse, forthcoming 2011). Cole has been the recipient of awards from the Wallace Alexander Gerbode Foundation, the Gertrude Stein Award for Innovative Poetry, the Fund for Poetry, the Creative Work Fund and the Foundation for Contemporary Arts. During winter 2004/05, Cole could be seen inhabiting a 1950s living room as part of her Collective Memory installation during the retrospective Poetry and its Arts: Bay Area Interactions 1954—2004, hosted at the California Historical Society. More recently, she curated a show by Marina Adams at the Cue Arts Foundation in NYC. She has a collaboration with Adams in BOMB 114, Winter 2011. Cole has taught at many schools, including the University of San Francisco and San Francisco State.