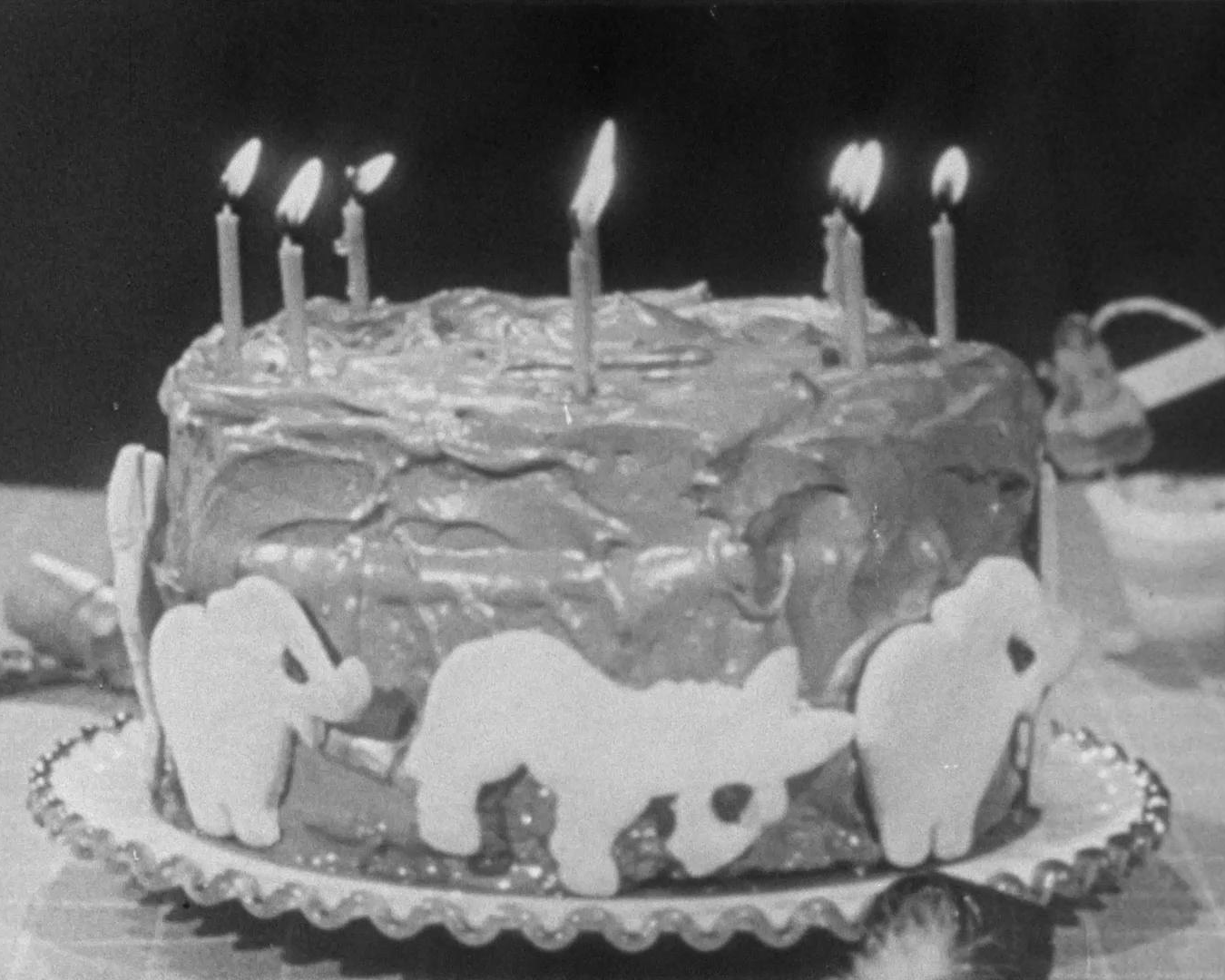 To Love What Persists

I met Alan on a warm spring night in 2009. I was twenty-four, it was late, and the Mission apartment to which I’d been lured by a young twink was full of people I’d never met, drinking and smoking and having a great time. The twink had disappeared and I was thinking of leaving when Alan grabbed my arm and said, “I’m bored. Do you want to have a pool party?” I shrugged and he led me to the bathroom, where we began to neck.

An hour later, Sarah was laughing at us while she sat on the toilet and pissed. I’d just met her — we shook hands as Alan leaned his naked body against mine in the clawfoot tub. My other hand was draped around him and into the now-tepid water, caressing the soft belly fat above his crown, my dick hard against his sacrum. The walls were sweating, a dew filming the slumlord special of the bathroom’s yellowing cream paint job. After Alan made a joke about his “fat upper penis area” and I scolded then kissed him, Sarah asked me, “How did you end up here?”

Youth is a continual intoxication.

That’s not how I responded to Sarah’s question, but as Wojnarowicz writes, “I either did what I remember doing or I dreamt I did it and neither really matters.” It’s the only answer that makes sense, plus it obscures the more banal reality of being a young, horny, half-drunk faggot who lived for the night. Beyond my reflexive posture of self-abnegation, this more poetic response betrays another sort of inebriety: a stirring nostalgia for a time that now seems impossibly in the past, so ineluctably different from my current life that I feel like I am remembering something that didn’t even happen to me.

It is a feeling close to anemoia, a handy neologism from the recklessly twee Dictionary of Obscure Sorrows project; namely, the feeling resembles a yearning for a time one has never known. The problem, of course, is that my evening in the tub with Alan did occur, but the spring of 2009 in San Francisco now exists for me as if glimpsed from another universe, so that my wistful erection in thinking about the incident feels part of a fantasy.

But what about the beads of moisture coating that most recent coat of cheap, drab paint on the bathroom walls enclosing me, Alan, and Sarah?

It’s the sort of detail that allows a sensation of anemoia to effortlessly build when I watch a film like Curt McDowell's Taboo (The Single and the LP), from which the quote regarding continual intoxication is taken. Certain moments on screen so closely recall my own experiences that it seems ludicrous the film was made four or five years before my arrival on this planet. Yet my yearning for the film’s surround is inescapable:

A group of young people drinking and smoking, packed into a slummy, windowless, claustrophobic kitchen. The sex and danger of public toilet stalls, getting off in shadows crawling with nonsensical graffiti. Walking around train yards, picking through rubbish and throwing it in the air without purpose. Finding oneself in a pile of people in various states of undress. Relatedly, finding oneself naked in a bathtub in a dilapidated apartment one has never been in before.

Viewing Taboo, I taste cheap beer and smell the filthy warmth of full ashtrays, just as well as I feel the tracks of Oakland’s Desert Yard under my feet or see the marker scrawled on a pissoir wall. Its impressionistic narrative, derived from a lengthy and obscure cluster of words found in one of these pissoirs, does little to assist the filmgoer interested in linearity. Instead, we’re treated to off-screen repetitions of these words along with koan-like statements, a loosely associated fictional story starring George Kuchar and Melinda McDowell (the filmmaker’s sister), and a documentary featuring interviews with a young Palestinian heartthrob, Fahed Martha. Occasionally, these moments with Martha veer into near-still portraits of him tied in a shower, dripping wet, his large member pulsating against the soaked fabric of his boxer shorts. Somehow, this amalgam makes sense. Its chaos throbs with the real, but of a reality that seems increasingly out of reach.

I’ve thought often that this latter, uneasy sense of inaccessibility is merely a function of my own aging, that younger people might continue to greet the world as I once did on that night with Alan. I believe that they do, in fact must believe that they do. But I strain to make sense of a world in which so much action, dangerous and obscene and joyful and downright weird, becomes fodder for the hegemony of the image and video repositories to which so many of us gladly submit. Years ago, recalling a conversation we shared after a talk I’d given, Stephanie Young wrote “while [Ted’s] is not a new story, the glup glup of money slurping up and regurgitating the radical as a set of images, it’s still a viscerally awful feeling as it glurps up one’s bedroom, one’s arm, one’s fellows.” It is this “glup glup” that I continue to worry about, and which allows these scenes from McDowell’s Taboo and my night with Alan to continue to reverberate — their worlds are vivid and visceral, yet their existence hovers on the periphery of this “glupping.” Some of my anxiety relates to the continued decimation of affordable housing and the way samey, cold hook-up apps have replaced the fleshiness of live cruising, but another part of it is that such experiences now often seem externalized for the pleasure of an algorithmic audience. We witness ourselves in compromised moments of abjection or passion or outrage, and then, we offer these moments as content for a corporation to monetize. Can you see the Instagram shot of Sarah on the toilet, Alan’s leg touching mine in the cooling water, all in the dim poverty of that Mission bathroom? McGinley-esque, the critics might say. Instead, there is my memory of lived experience-qua-experience, and the fear that such moments of somatic fullness, even those witnessed in a film, might yield to the flattening of the feed. (Yes, I am worried that in writing this text, I am engaging in an act of submission). As Stephanie notes, it’s not a new story: I am nostalgic for these worlds, yet there is no way of returning to their embrace.

Still, I am heartened by what remains, even in the most barely detectable ways. A few days ago, I was bicycling around North Berkeley during my first visit to the Bay Area in almost five years. Suddenly, looking up at a stop sign, I saw a tag reading “GOTCHA,” a name that a dear friend wrote for a few years on any number of surfaces all over the East Bay. Taking a picture of it and then texting it to her, I realized that the small piece of scrawl had been up for nearly a decade, if my timeline serves me. Later that evening, I performed along with my comrade-collaborator Danielle LaFrance at Artists’ Television Access, a space where I spent countless hours during my decade in California. The room was filled with so many people I love, and so many of them were also there during these years gone by. There were only two changes, and the first was the void left in the room by Kevin Killian’s absence. ATA was one of his favorite places in San Francisco, and one of the last places we ever embraced, when he comforted me after the Ghost Ship tragedy in Oakland. He gave me an enormous, long hug and said, “You must feel like I felt when all my friends were dying.”

The second change was the bathrooms, which were larger, brighter, and more accessible than they’d been in the years before. All else remained intimate, thin-walled, scrappy — much like McDowell’s films themselves, a few of which were screened in conjunction with the performances. Their off-kilter music, sly camp, and winking naïveté remain hilarious and gritty, untouched by a more self-conscious kitsch inhabited by directors like Guy Maddin or John Waters. Those directors would never dream of crafting a short like Wieners and Buns Musical, which details in song the travails of a love triangle and a child murder, yet is joyous and fun and — dare I say it — wholesome. Its urgency and hilarity aren’t packaged or ratioed, and the film therefore feels honest, and strangely uplifting in its honesty: dirty dishes, tumblers of cheap wine, desires for sexual freedom and connection, and the rejection of social mores are front and center.

Youth is a continual intoxication, yes, but so is being in the presence of what persists; perhaps this is where the rejoinder to any anemoiac tendency comes into play. Often, we are not nostalgic for a time that is long past, but instead, struck by even the smallest residue of what continues and thus what carries us through — the tag on the pissoir wall, the filmic reminder of our own youthful sexual exploits, the creaky chairs in the art space, the former squats that still stand, boarded-up sentries on a boulevard. We make sense of ourselves partly through these often-banal elements adhering and unspooling in our consciousnesses, and along with the faces of those we love, there is little else that can make us feel inebriated with a sense that perhaps the great “glupping” has not had its way with us just yet.

The Back Room
Support