WE ARE OURSELVES THE CAUSE

The power of magic awakes natural forces in order to heal, transform, or destruct. To obtain this power every magician, shaman, or witch goes through the journey of Self-discovery. In order to awaken these forces they use spells, amulets, a talisman, wand, or organic objects.

In my artwork, I try to challenge cultural values, beliefs and stigmas through questioning aesthetics using ambiguity and humor. I see found objects as offerings of the city. The art-making process as self-discovery as the final form becomes an object capable of transforming the conditioned mind of the observer.

Uterus is Not a Utility

The piece Kapitalismus (Capitalism), is based on a parable by a great Iranian poet, Nasir Khusraw. On the silver piece hanging from a crooked wire, is written a saying in Farsi, “az mast ke bar mast”, meaning, “we are ourselves the cause”. It’s the story of a proud eagle who flies high in the sky, until he gets shot by an arrow, he looks back and sees the fletching: eagle’s feather. While he’s crashing he murmurs to himself, “we are ourselves the cause!” I think that’s the only statement we can make at the end of the earth’s destruction caused by capitalism and our ignorance.

The piece “Uterus is not a Utility” is made in the form of an award for all brave people who’ve been through abortion.

And “Mayhem” and “Counter-Clockwise”, they are what they are. 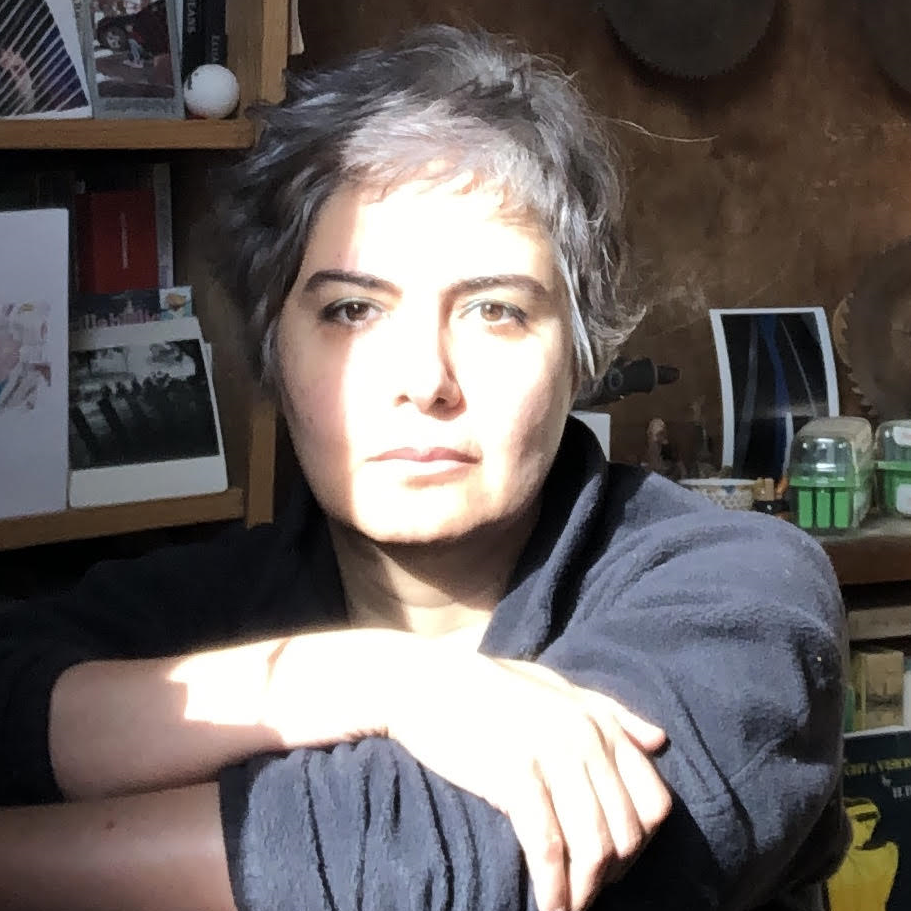 Ava Koohbor lives in San Francisco. She is a denier of IT IS and a seeker for WHAT IS. Through sound, words, and objects she tries to find balance in everyday chaos. Her publications include a book of poems Death Under Construction (Ugly Duckling Presse) and Triangle Squared, three fictional conversations among Duchamp, Cage, and Feldman (Bootstrap Press).