Beneath where we stood

a patch had erupted:

Here they remained, and only with

reluctance we had them examined;

Then (so quickly we missed

how it happened) water

engorged their stems until they became

strict and unbending. The petals released

what had once been a tough and pungent solid.

And now they droop

to kiss the earth.

Their pistils, odors, or beige corollae

were not especially striking – and in

many cases, already fixed – but that did

not mute our interest in treasuring them.

If you bore beneath my coppice of teeth

To frack the marrow from my jaw, as how

Through mulberry paper the brush famishes

Its last drop of ink; as how the last snow

for the flesh that it wants: I may come through.

The walls bruise into a crude violet,

My tongue hews your cheek across my eyes,

It washes in the night. Pretend lovers.

Oblivious to the years to tend.

My hand grazes your chest

for the thing it wants:

a thwarted bouquet of flesh.

to mute. Casualties of light

not even the ends

of sentences, having seen

them fail to find

once lost, made perceptible

again by its pleated imprints

The sky has cut

AND IF I DID, WHAT THEN

And if I did, what then?

I mill around and expect to be saved

and saved from what? my desire

to be as near you as you being here

and what you know of it, the task

of taking up some new self into the body

carrying to term with great labor like we knew

a part of us had been maimed but not which

so we bottled up what we found of it

and auctioned over years of indiscretion

fragments of it on the internet but

the carafe shattered; I don’t know you

and I’m scared that I might just find out

and it’s as cold here as California, just raining, where

the windshear “reinforces the storm of consequence”

we imagine the one and only one pre-boarding hour

to blot out the shadows and get lost completely

your left hand grazing towards immolation

what would justify that? ideology? well

instead of starting a coterie I’ll buy

you might notice, I never asked to hold you

responsible for being loved yet

reality is no opportunity

the life you saved

I’ll ruin in your absence

I’ll fucking do it

heartbeat for I'd give in

in a heartbeat I'd give

FROM “THE MARRIAGE OF HEAVEN AND HELL”

My mother locks herself in the bath as my sister and I listen: there she is embarrassed

by us, for without us she may remain herself and make herself beautiful, and so we may act

justified to hate her, and switch her bathroom lights on & off. “Given 2 persons /

Torture. // There’s room.” All poets write themselves room to fit in. I wrote

to give my father cancer. In the poem I described my father’s sleep as not his rest

but snoring that destroyed my own. Imagined that the polyps would sprout shadows

inside his lung, mocking with nursery wonderment their destruction; him dying,

never quite alive, as pleural worms flayed his veins and drank his blood. Named it

“The Kraken.” And of course my family tacked it proudly on the fridge. My family,

who offered me the right to precocity but not the gifts, live like ghosts. My siblings

would complain about a bright speck throbbing between their eyes, and mid-speech

collapse, snort and tremble without volition, as if what possessed them was trying

to peel them from our coherence and all of us could do nothing but watch, pity,

and learn. In a waking trance I repeat the steely vowels of my name – Alfred, Alfred,

Alfred Tennyson, – until my tongue drowns all the meanings of the word and savors

its waking substance. My father who drank, and, seeing our cook burn himself alive,

drank more to best his suffering. Eldest sons slighted by our fathers, we were taught

an attitude to decay: admonish it, but make do. When the black blood he spread

finished him, I grieved for a new lease of life. Then for my best friend, who darkly

understood me: I saw him out to sea, I heard no more. That silver, intestate sea.

For him I survived, I woke from the spell of my private life like a smile

through clenched teeth. For years I had been rehearsing my death for myself

and, dying, I recited my twenties in perfect meter. O feet, that are might,

if you trample me, show me the seams! As how, in the microcosm of I, one molecule

and peptides, while naïve to both, nevertheless seams the acidic chain of life –

Look at me, I am the event. I stand by all the words I meant.

Can't you see? Thank you for surviving me. 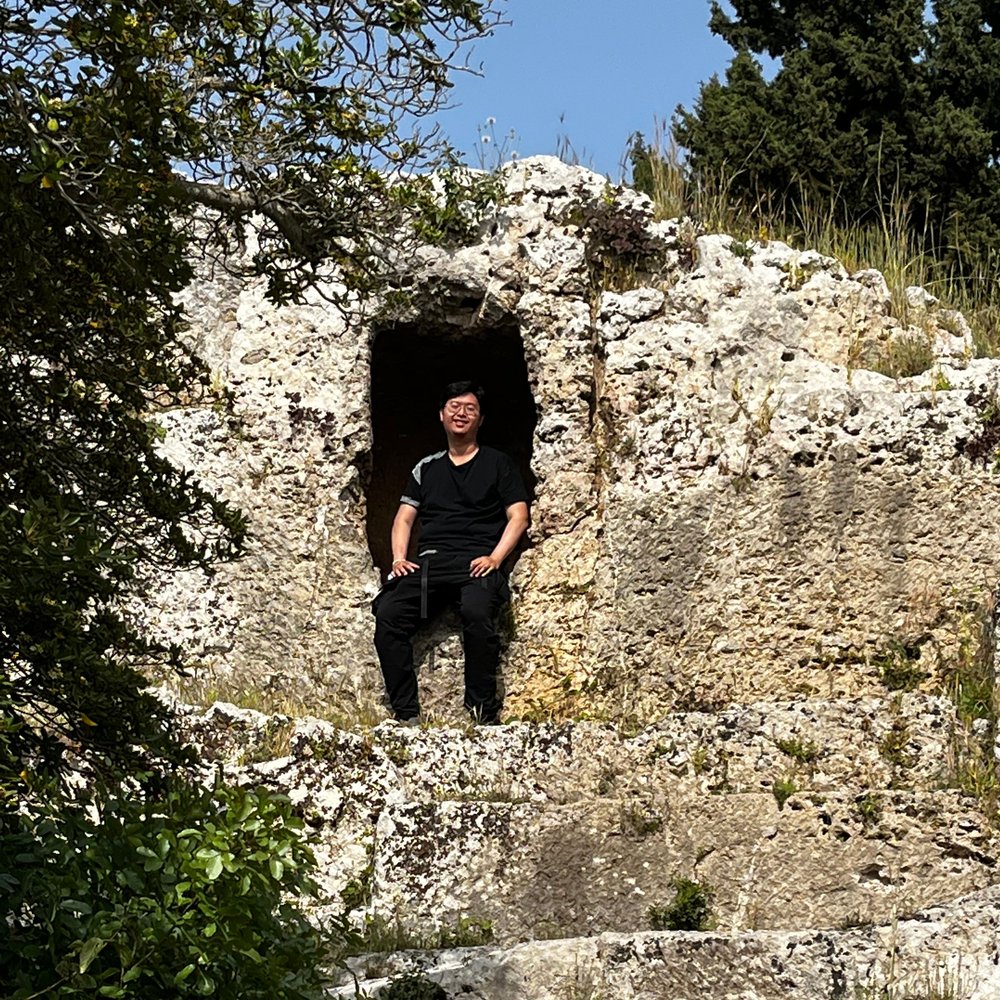 Brian Ng is a poet from Hong Kong who lives in the Bay Area.