10:33 OUTSIDE YOUR LOCAL PRECINCT

the state got a single action trigger

for a tongue or the military got an armory

clock timesheets based on extraction

war is a bad euphemism for genocide

occupation is a sad song with bootstraps

marching to a ceaseless tempo

you wake up with a face full of closed

borders or in a white mouth the wrong word

is gun powder or on the right side of state

violence gun on the brain makes you

target practice while gun in the heart makes

you headline-worthy while gun in hand makes

you old news or my parents were god-

fearing gamblers which makes me

so don’t ask me if i voted before you

ask about this knife between my shoulder

blades or the puppet strings on the mayor’s

cuff links or the curly pink tail on

the sheriff or bad jokes end in flat

lines and if you listen to the way tear

i wanna tell you about the first time i watched

pigs trample him but i’ve already written that

funeral & what’s an obituary from a stranger

split off in the speeding mouth of a toyota & i wanna

tell you about the fourth time i watched pigs flatten

there’s no accidental way to run through a person

like an inconvenient red light or a shortcut & maybe

Florida & the video was still too close to home &

i was six houses down from mine when a green sedan

bent the fragile spine of my bike backwards into dead curbside

grass & i was a five-minute walk from my apartment when

i saw the video or when i watched pigs deflate him

often chasing behind people that don’t want me around

so i darted off after them & he was riding his bike

someone & the first thing i thought was how much trouble

awaited me for the dents in my twisted handlebars &

alone again & a black neighbor sprinted outside & wound her arms

an obituary from a stranger anyway huh & what’s a black

& what is an obituary from a stranger anyway? Huh?

YOU KNOW HE SHOT AT THE POLICE RIGHT?

you know he might not have had his hands up

you know he did not mentor at risk teenagers after school

you know his license was suspended and his tail lights shattered

had his pants saggin had his shirt untucked

had his lips unbuckled drippin southern twang all on the concrete

sound like a mouthful of honeybees was stuck at the top of his throat.

like empty black and mild wrappers in the glove compartment

i heard it wasn’t even blood where they left him

i heard it was just stains of red koolaid

i heard it was just puddles of strawberry pop fizz

you know sugar woulda got him if twelve didn’t.

you know his teeth were little yellowing daggers.

you know he was a dragon. returned fire.

went out in a puff of smoke.

you know he was a weapon. didn’t beg for his life. or call for his mother. or his partner.

you know that nigga went out on his feet. brought a gun to a gun fight. brought mutiny to a slave ship at the atlantic shoreline. you know that nigga was a nigga and not like haha nigga not like next democratic presidential nominee nigga not like run fast jump high nigga like worm food covered in tree bark like lead water clogging an artery like dead leaves stuck in a gutter like storm the arsenal and shoot the masters like one of those give me liberty or give me blood types nigga got the nerve to want freedom and do somethin bout it.

and still, still y’all gon march for him? what would malcolm x’s old zoot suit think? what would a white woman’s rendition of dr. king think? what would the noose say? what if they see us mourning and think we just as dangerous as him? what if i say liberation and they think i mean i hate america? what if i hate amerika but don’t know no other homeland? what if amerika hates me back and does something about it but doesn’t leave me time to shoot first? 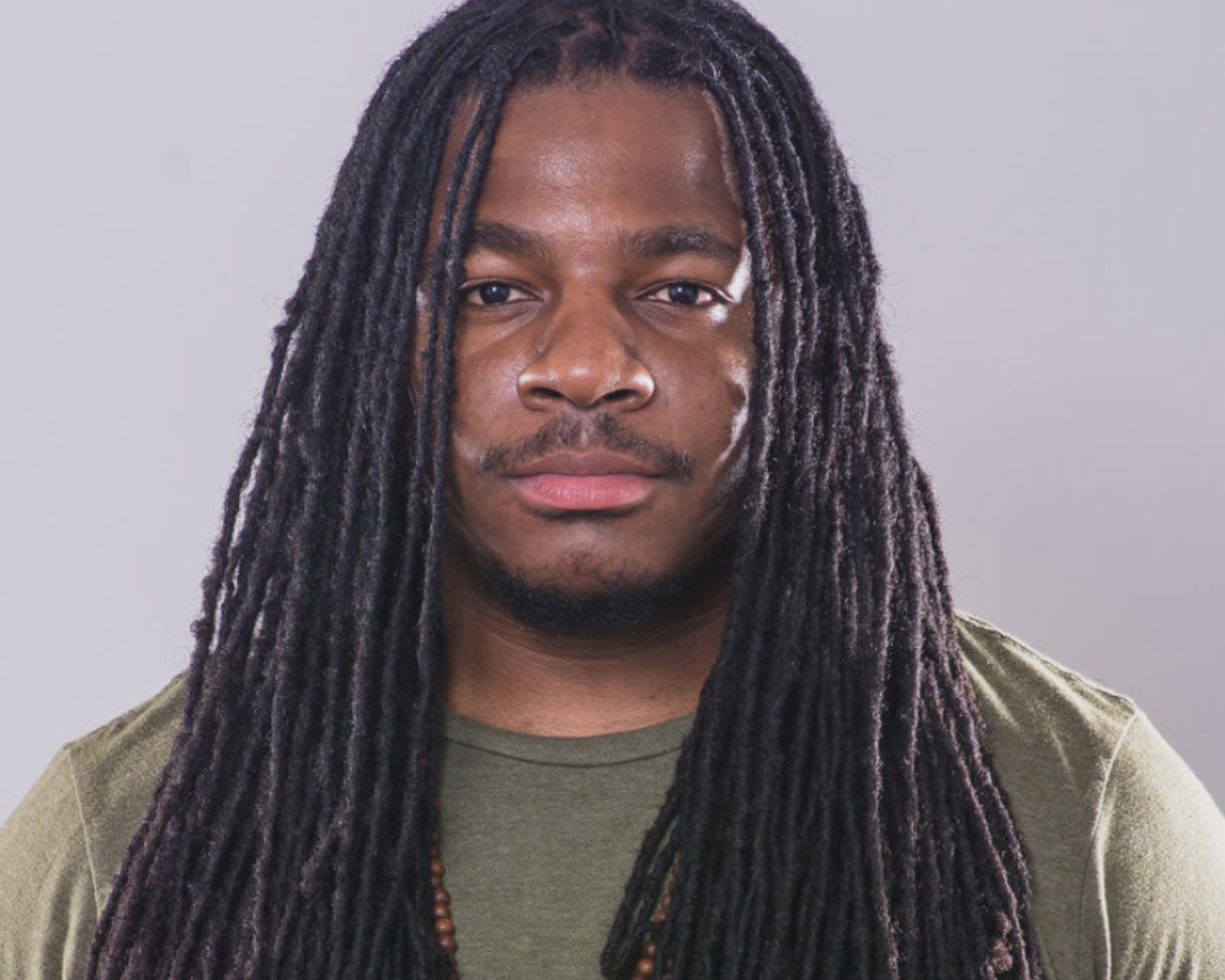 Darius Simpson is a writer, educator, performer, and skilled living room dancer from Akron, Ohio. His work has appeared in New Ohio Review, The Adroit Journal, Crab Creek Review, and others. Darius believes in the dissolution of empire and the total liberation of all Afrikans.