"I live in the time that follows the invention of the bicycle, so when it is dusk, I can be seen pedaling from the crowd."

This, the opening line of Evan Kennedy’s newest book I am, am I, to trust the joy that joy is no more or less there now than before (Roof Books, 2020), has to be one of the great establishing shots of recent poetic endeavors. He situates his readers in the history of inventions, of which his own book will be one.

Here (and back a page, in the book's title, itself a short poem), Kennedy puts the reader in the center of the life he recollects, creates, and sees passing by on his literal and figurative rides. From the start, we're already complicated by the corruption and beauty of experience and already in motion, already rolling through town and time (albeit, as Kennedy points out, in the cyclist's fetal crouch).

The title's "I am," like all beginnings, is originary—a territorial proclamation and an echo of other famous self-assertions, from God's answer to Moses to Popeye's machismo. Unlike those two, however, Kennedy follows instantly with the self-doubt of the postmodern subject ("am I"?), and the writing declares its aim of self-making as much as it entertains self-doubt and straight-ahead memoir.

"As far as I understand these sights, they are mine, and as far as I do not, they are, I suppose, God's."

This first division (if it is one), between reflection and creation, self and non-self, stands formally throughout. The poet begins on a San Francisco ride, struggling up a hill, noting those observing him, in turn, while he sets himself in tension with his own iconic town:

"For some, this is a leisure city, however much I sweat on the incline that slowly develops."

"Runt Savant," the first of the book's three prose poems, deals roughly with early life. The poet remembers being cared for as a raw creature, remembers being objectified and observed by his parents—in a genre of recollection that might seem native to any First Person’s in its self-awareness and aspiration. Where the project exceeds the generic is in its Augustinian urge toward "confession," a kind of self-narration aimed at understanding. The question for Kennedy, though, isn't so much "who made thee" (to whom do I owe allegiance?) as "how does this machine work?" In this life, as told by the memoirist, the body and its openings are that machine—and the explicit site of language, logic, and experience:

"If, when I was speaking, the new word found its way into my mouth ... I understood that I had left the door to my world unfastened."

On the "firstnesses" of this section, Kennedy balances the bicycle as metaphor for forward motion and an eternally (re)cycling present. ("All I have attempted," he says, "is a cyclical practice.")  Indeed, his retrospect is determinedly proleptic:

"I wanted to narrate the entirety of my life so that even what happened to me after its completion was somehow addressed."

In the second of the book's sections, "Positions of a Passenger," Kennedy places himself more explicitly within and among bodies; he's social. Aligning the senses of learning (or striving after knowledge) and loving, he narrates the visceral function of pursuing an art (writing, singing, painting) as if also chasing a lover. But the result of pursuit is never quite simply "union": sitting for a painting morphs into weird sex, and Kennedy’s heroes (the adored writer and the revered singer), are either dead or aging fast out of the picture.

It's not as if Kennedy has delusions of a unified self ("I write my biography and lose interest in who I am")—perhaps the opposite. Indeed, at the end of this middle section, he steps away from a group-viewing of an eclipse (the oohs and ahhhs of the beings by whom he's surrounded) determinedly, as he says, "unaffiliated."

"Your Life," the book's third and final section, is more outwardly directed, addressed as it is to a "you"—though whether this is direct address or apostrophe is unclear and no doubt irrelevant. (Indeed, this reading of Kennedy's tripartite form—beginning, middle, end; interior, intermediate, outward—may be way too schematic, a feature more of this reader than of Kennedy as author.) But it does seem fair to say that the concept of relation becomes ever more complicated as the book progresses. "You," the addressee, appears now as both beloved and (as coincident with the work’s author) as creator:

"I am most content when I appear as your mysterious arrangement of the pile of atoms creating my physical dimensions."

Amidst the pronominal comings and goings in this section, subjectivities seem to converge: "When you are away the world approaches," he says, and further on, "I am not existing; I am being existed."

The poet, or Kennedy, then, is a function or conduit: a cyclist in and of contingency. "My promise to you is as yet unarticulated," he says, leaving us to wonder if it's him or us who are waiting for completion. Maybe neither (or both), if, at the end of a personal encounter we hear, "You bent my chronology into circularity, the circularity of return."

The book ends in mid-sentence. The memoirist is poised, as is his pedal foot, for the downstroke, the continuation of the project: to "indicate a life." In this moment the sympathetic reader and subject of history will be perfectly at home. 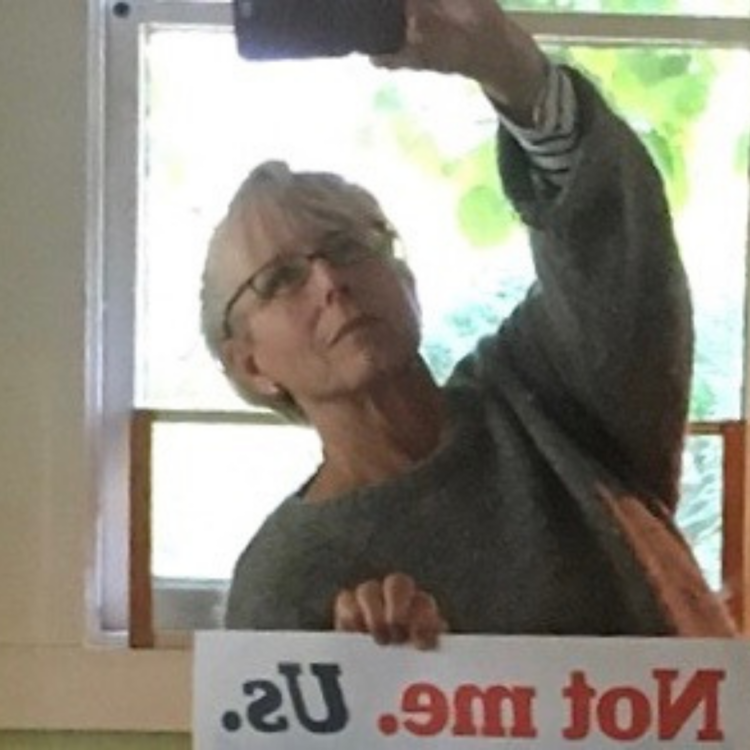 Jean Day is a poet, academic editor, and (in recent years) union activist whose involvement in the San Francisco Bay Area poetry scene spans more than four decades. She's the author of many books of poetry, the most recent of which is Late Human, published by Ugly Duckling Presse in 2021. Forthcoming works in 2022 include The Matter, a chapbook from Asterion Projects, and,The Night Before the Day on Which, a book of poems from Roof Books. She lives in Berkeley.