To desire is to read me into the room where you put me down. If it smells of cedar too your desire is to begin in the sun. The night before falling asleep in the bath dream of party cleanup as guests stumble out, hosts to bed. New in town you’re a sensitive con to rage without threat— contributing in, doing the dishes— in respect of becoming undone, have a drink to feel what you feel, like retaliation without fear that someone will plant shame in your breast, ore without passion. Goad love and rot dancing to Billy Jean or Happy House at Poodles on the Main. Good work to be found there, persist as much as you can, expect a memory in return. And so you are kissing her older man, taste of coffee on her mouth and the linoleum blight with 7 AM sun. Become quiet and think of your day, but that is always years ago. Blaze into it, talent to set things right, or at least make them pretty. In random order every word spoken must eventually be lived out.

I don’t know if she lied about that. If she knew. Our first date an alarm at the threshold. Would it make you feel better if I said I didn’t trust her, or like her, from the start? The ineptitude. The typos. I had to avoid staring at her mouth. That I was a little afraid, I’ll admit, but also appalled.

Time and again the comparison will come up. Who was more wild within you? You can read it in a book, a history. If you want. What you let in won’t leave. I practiced a spell on the city of Montreal to keep it that way. One way to look at it is that a song wants to be sung. I tried to explain it was generational. Where she was I should be gone.

The frequency is that you lie down in the bed, warm yourself under the comforter and you close your eyes and you think of each of them, by turn, except the letter—   But what if she told you—she did—that everyone in the club, in the TikTok, fell silent? Not so different from how I feel now.

Did you know that for a year and a half there were voices behind the walls? Like they were coming from a radio? Chatter four stories below. At the end of it all a tongue sticking out of its own accord. But you need to have some loyalty, I thought.

It is like this is the thing we are discussing. Did you send the pages? Was there a cue, a reminder? I keep forgetting that I agreed to not be paid. It is so embarrassing to keep sending the same email every couple of years. Can you break a contract if you don’t have one? Years.

Even alone with bells ringing you don’t want always to be performing. Taking turns taking one another down to the CAMH. Remember your disclosure of health information form. Maybe it would have been different with a baby.

Don’t mess up grief with fear like that, with complaint. You are well fed and housed. Whose panties are these? So many pathologies to choose from. What is the one for nothing to say, gone blank or too thoroughly overseen?

What I keep coming back to. How could someone shoot her mouth of like that knowing nothing at all about it. Do you think that she knew? Did you identify? From an early age? The white out is for after. The paranoia that lurks is the before. People will take advantage. I made a phone call.

All along just holding out for immunity, for virtue. The way someone could be torn down. Every mouth a knife. Your body a cross. That is what the subway is like, that it is there for you specifically, waiting to be fettered.

POEM FOR MY ENEMY

Thinking about you feels like a dead lot right now, a little wait to see

‘til you are really sick.

What does it mean

You’ve known what you are, always.

Or you had a story about it, to ward off the disappointment

that began with a whisper, gray on your pillow

“If I took you someplace dangerous, behind the stars.”

Which is another way of saying

“You have, somewhere, a different body.”

Who doesn’t hunger for

a voice on the phone, to take the place of sound,

a thief in the newspaper office, declaring,

How much is piled up against that door?

All these boxes you’ve never unpacked,

“What do you hear? The furnace? Cars on the street? This is an old house.”

evidence of why you were killed

it is a lot to do from

under steppes of sleep

covers over the body

each and every night

before its time, as like to paint that wanderer,

the ingénue of sex

If it is dissembling, what falls within

a rain of time?

Chance waits on the trace of defiance

taken for another, culling

a rift in your blood,

a woman who was not. 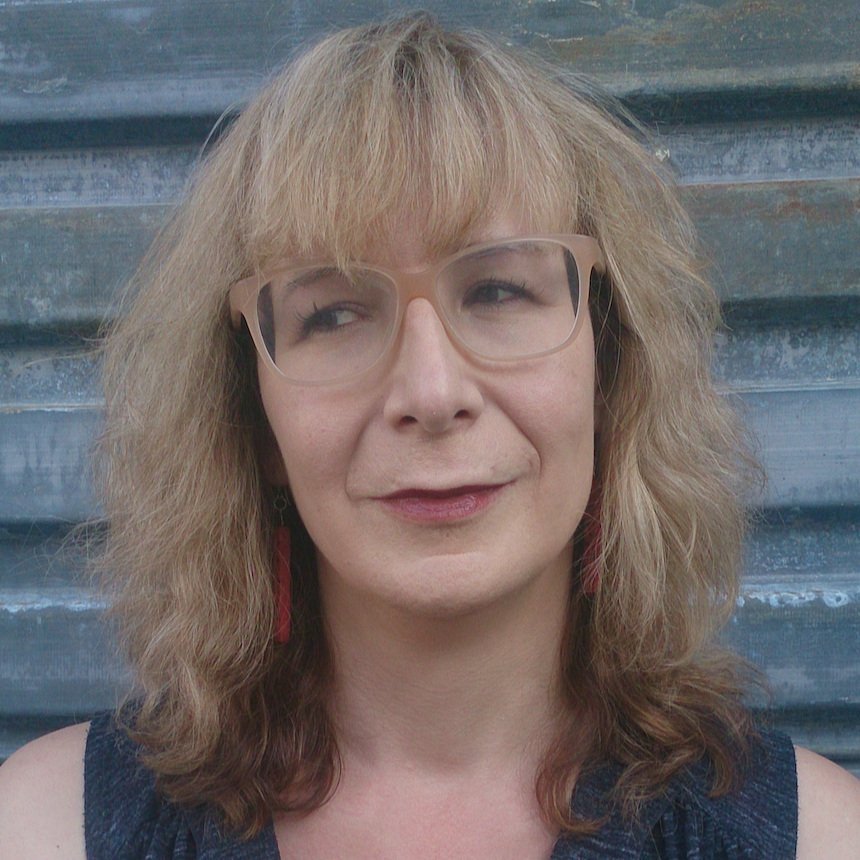 Trish Salah lives and writes in Tkaronto and is associate professor of Gender Studies at Queen’s University, which is located on traditional Anishinaabe and Haudenosaunee Territory. She is the author of Wanting in Arabic (TSAR 2002, Mawenzi House 2013) which won a Lambda Literary Award, and of Lyric Sexology, Vol. 1 (Roof 204, Metonymy Press 2017). She is a Pushcart nominated poet and has writing in recent issues of Mizna, Room, Teflon, and Tripwire, and in We Want It All: An Anthology of Radical Trans Poetics. She edits the Journal of Critical Race Inquiry, and is co-editor of special issues of TSQ: Transgender Studies Quarterly, on cultural production, and Arc Poetry Magazine, showcasing trans, Two-Spirit and non-binary writers.