“[T]he poem must rage against itself, or it will die; it must move, enlarge itself, change shapes, then dissolve.”

Inevitably, someone will come across this introduction and these poems by poets from Fresno and ask, “What is in the water in Fresno?” The question makes sense. Fresno, a city in the central San Joaquin Valley, a native home to the Yokuts and Mono people, has a population just over half a million. Despite its relatively small size, Fresno manages to produce a steady stream of poets that continually publish a flood of collections, but also enter into the larger literary conversation with state and national Poet Laureates, a Pulitzer Prize winner, and individual accolades via the National Book Awards, American Book Awards, among others. We keep writing knowing we exist outside the traditional centers and metropolitans of poetry and are a multiple hour drive or flight from any major publishing house, literary organization, reading series, or R1 university.

Because of the above, there is a sense in the literary world that poets are sprouting from orchards, dripping down billboards off CA Highway 99, or spilling from the intricate web of irrigation canals that carve across the city and into the fields and basins here. Everywhere you turn, you might find a poet. More realistically, we are borne of the raging against forces larger than ourselves, be it drought, be it poverty, be it fires, be it the city’s historically criminal segregation and zoning, or be it all the resistance immigrants, and refugees, and the LGBTQ community face simply existing in a region that remains obstinate in its own brand of political conservativism. Ultimately, anywhere you turn you will find reasons that compel us toward poetry, and whether we want poetry or not in Fresno, poetry arrives at our window through the Tule fog or forest fire smoke, insisting we make from what we have, or have not, been given.

When someone hears Fresno Poetry, perhaps it is the gathering at the Sante Fe Depot in the 70s. Poets whose names and histories show how Fresno poetry has moved, raged, dissolved, and changed shapes to what it is today. A new era with names like Vang, Borjas, Xiong, Rios, Saito, Sanchez, and Campos. An era that is less straight, less white, less male, and more representative of the people and communities historically left outside the poetry readings of the 70s, 80s, and 90s.

When deciding to feature these seven poets to represent a brief picture of the emerging voices from, I thought of the last five years and how each of these poets have spent time working alongside Juan Felipe Herrera in the Laureate Lab Visual Wordist Studio (LaLab). They have led and developed generative workshops, holding space for others to create. LaLab serves as an experimental and collaborative studio art space exploring the intersections between poetry, sculpture, sound, performance, and other mixed media. Very often, each of these poets gave, and continue to give of themselves for the sake of making more space for others. They are, in many ways, an extension of the labor and passion that Juan Felipe gifts us as the Fresno Poet who continues to push himself in championing poetry, inclusion, and play in a space that generates new pathways toward poetry.

From a collaborative card catalogue card interactive poetry/ public art installation, to Juan Felipe assembling and creating a poem during a planning meeting from packing cardboard, marble paint, and found language (image right), the work of shifting, dissolving, and ever enlarging poetics returns me to the poems and poets I have the honor of introducing. Each represents a complexity and texture of the widening voices traveling through and from Fresno, with a spirit of play and dexterity that is indicative of the LaLab.

Javier Lopez, acknowledging his own mortality of labor in a pandemic; Paul Sanchez, channeling his own dark night of the soul to honor Alejandra Pizarnik; Mariah Bosch, etching a queer nature poem from this valley; Hermelinda Hernandez, asking us to attune our ear and spirit to language; Gaoyong Yang-Vang, reminding us that in exploding a page we are both lost and capable of escape; Tony Vang, with a kinetic and frenetic b-boy exploration; and J.J. Hernandez, peeling back the audacity of the settler colonial imagination. Each of their submissions were staggering to read and a joy to curate. So much so, that I find myself in many ways wordless, and offer my own tribute with my poem, to each of them.

These poems are not the narrative poems of work and gaze that those before us have written. These are poems that ask us, as readers, to work, to deconstruct, to struggle and sit with. They continue to enlarge and invite others toward the ever-necessary need to continue, and are voices that ensure others will be joining in this song, here in Fresno, here in poetry, here in the tomorrow. 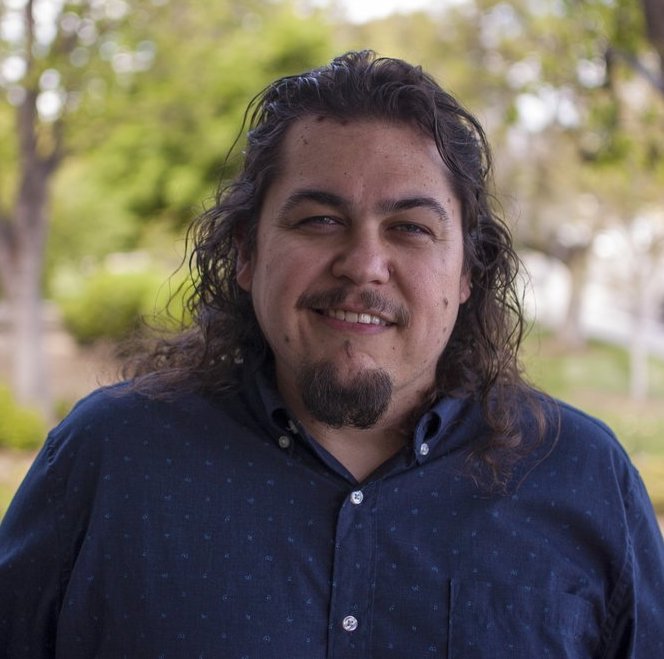 Anthony Cody is the author of Borderland Apocrypha (Omnidawn, 2020), winner of the 2018 Omnidawn Open Book Prize, selected by the poet Mei-mei Berssenbrugge. His debut collection has been honored as a 2021 American Book Award winner, 2020 National Book Award Finalist in Poetry, a 2020 Poets & Writers debut, a 2021 PEN America / Jean Stein Award finalist, a L.A. Times Book Award finalist, a California Book Award finalist, a 2020 Believer Magazine Editor’s longlist in Poetry, as well as a winner of a 2020 Southwest Book Award (Border Regional Library Association). He is a CantoMundo fellow from Fresno, California with lineage in both the Bracero Program and the Dust Bowl. His poetry has appeared in The Academy of American Poets: Poem-A-Day Series, Gulf Coast, Ninth Letter, Prairie Schooner, The Colorado Review, UK’s Magma Poetry, TriQuarterly, The Boiler, ctrl+v journal, among others. Anthony co-edited How Do I Begin?: A Hmong American Literary Anthology (Heyday, 2011), as well as co-editor and co-translator of Juan Felipe Herrera’s Akrílica (Noemi Press, forthcoming January 2022). He is a graduate of the MFA-Creative Writing Program at Fresno State where he continues to collaborate with Juan Felipe Herrera and the Laureate Lab Visual Wordist Studio. Anthony has received fellowships from CantoMundo, Community of Writers, and Desert Nights, Rising Stars Conference. Anthony won the inaugural 2020 CantoMundo Guzmán Mendoza / Paredez Fellowship for his forthcoming collection, "The Rendering", selected by Aracelis Girmay.  He serves as an associate poetry editor for Noemi Press and a poetry editor for Omnidawn.